The strong and true spirit of patriotism shone brightly when the LAMP Trust and the Lorraine Music Academy hosted “A MUSICAL MEMORIAL – REMEMBERING LAL BAHADUR SHASTRI” on 24th October 2018 at Kingdom of Dreams, Gurugram

The Auditorium was packed to capacity with people from all across the country and Gurugram, who gathered together to commemorate the inspiring, famous slogan “JAI JAWAN JAI KISAN” coined by Bharat Ratna Lal Bahadur Shastri for our Nation 53 years ago during the time of famine and war in our country!

Professional musicians along with citizens and about 100 students from Lorraine Music Academy, CCA School and Paramlaksh World School expressed their patriotic sentiments through song, dance, and words.

The evening began with a moving rendition of “Vande Mataram” by Sana Garde and the Choir of Lorraine Music Academy. This was followed by a song “Jai Jawan Jai Kisan” in which the whole audience joined in with full gusto. The next song, a popular favourite for all ages, “Aa Chalke Tujhe Main Leke Chalu”, transported the audience to another idyllic world of no tears, no sorrow but only peace and love.

The surprise of the evening was a patriotic song in Jazz Rap style composed by Lorraine Music Academy titled “The Indian Dream”. It was a mix of Hindi and English with a super beat and a catchy tune. It was such a hit that the performers repeated it three times. Children were singing their hearts out in praise of our 2nd Prime Minister Lal Bahadur Shastri and our Soldiers and Farmers who are the backbone of our country. Lal Bahadur Shastri’s life and principles were highlighted through each song and the young generation actually described him in two words as their “Rock Star”!

The highlight of the event was a one-of-its-kind, never done before, “Thinkers’ Forum Charcha” moderated on stage by Aubrey Aloysius with 3 distinguished heroes and war veterans from the Indian Army, Indian Navy and Indian Air Force – Lt. General Vinod Bhatia, Vice Admiral D.P.S. Varma, and Air Marshal Anil Chopra – who discussed the highlights of the 1965 War and their involvement in the subsequent Wars. The discussion also covered the 1971 War, the 1988 Operation Cactus, the 1999 Kargil War and included technological progress made until the present day situation, giving the next generation a peek into the future of India’s vision leading up to 2047 when we celebrate our Centenary Year.

The event ended on a high note with patriotic, colourful, energetic and well orchestrated dances relating to the Soldiers and the Farmers, performed by students of CCA School and Paramlaksh World School.

The impact of this high powered event will be seen and felt in time to come and we as Indians have to just start dreaming and doing in order to realise “The Indian Dream”.

The event had distinguished Guests and members of the community from across the National Capital Region and from other States. Family members of Lal Bahadur Shastri were also present. 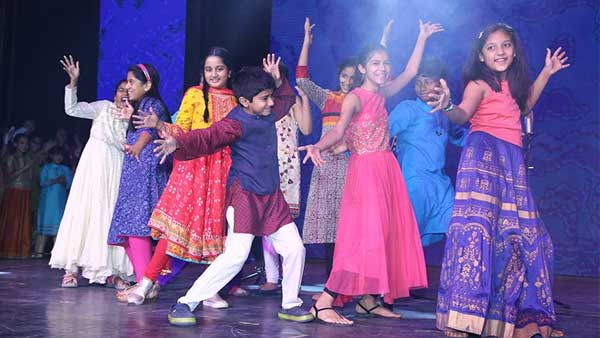 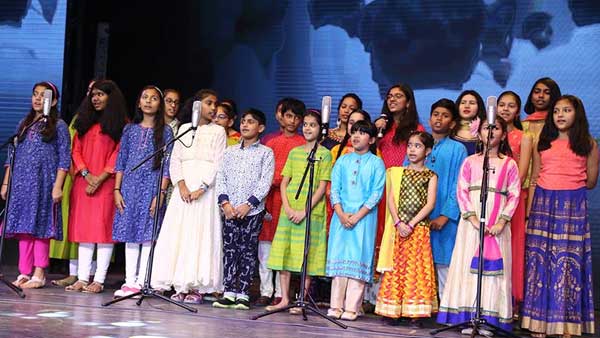 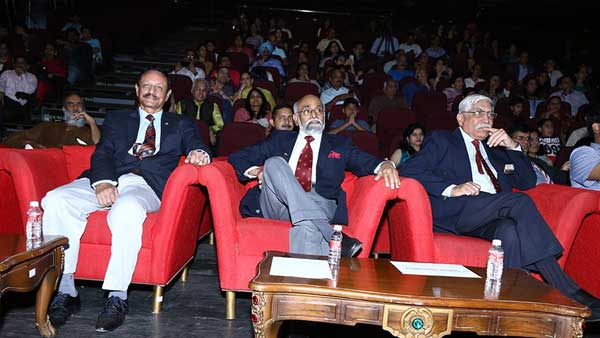 LAMP Trust aims to encourage the youth of the nation to fulfil their fundamental duties as citizens of India as per Article 51A of the Constitution of India. The initiative includes speaking at gatherings of students in schools and educational institutions, during assembly time, in offices and institutions, conducting workshops and training sessions, teaching citizens the correct way of singing the Anthem, with passion, pride and precision, i.e.- in 52 seconds. We will encourage singing across the National Capital Region and across the nation among citizens, community members, members of RWAs, office colleagues, etc.