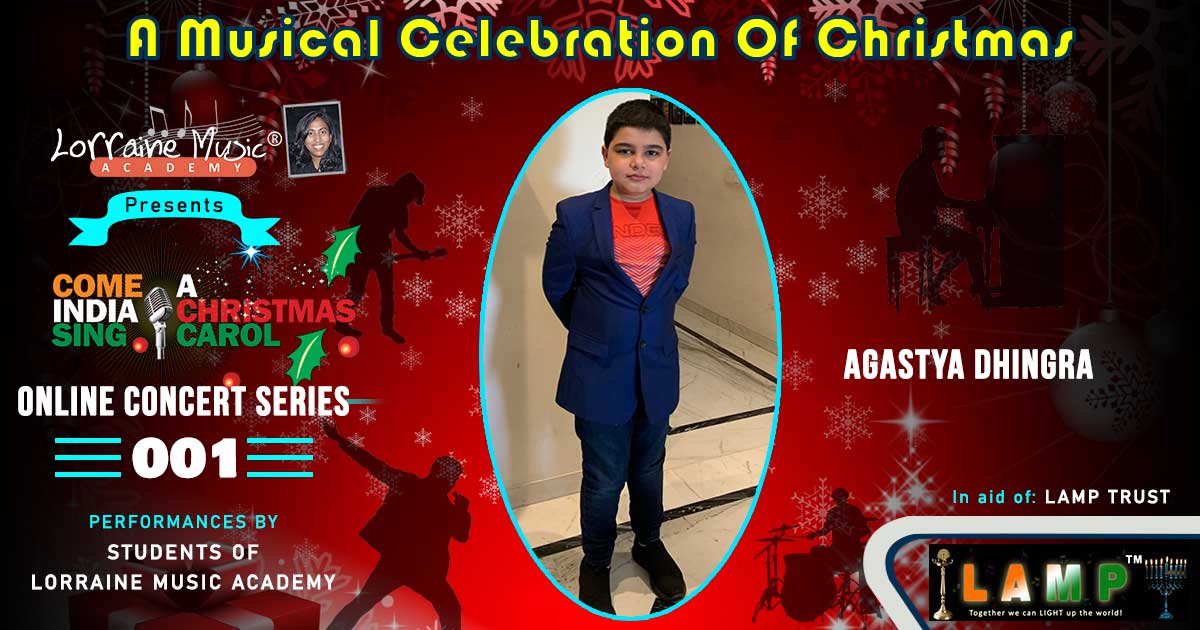 Agastya Dhingra, aged 9 years, a student of Amity Global school is a very charming boy. He has always been a very caring and lovable child. He has a great interest in music from childhood and have started singing rhymes before he even developed the language. His mother has observed that he never goes out of rhythm whenever & whatever he sings. He has lot of interest in music. Music has a special power to soothe your soul and it is something which has played a vital role in Agastya’s overall personality. Music gave him power, confidence and zeal to do lot of things. When he was around six years, Lorraine music Academy was engaged and their team has helped him understand music & developed him in various areas. His willingness to learn, focus, concentrate, present, do hard work to give a best performance has increased tremendously. Music has become an integral part of his routine and specially during Covid-19 Lockdowns, Lorraine Music Academy has gone extra mile by guiding students and spending quality time with them to excel their talent and strengths.

Please fill up the Online Concert Audience Registration Form below, to receive the Invite and web link to the concert. You will receive a web link via email 2 hours prior to the concert enabling you to view the concert with your family. Please log in 10 minutes early.