Around The World In 80 Minutes with Jay Franco – our guest musician from Canada
25 January 2020 : Gurugram, NCR of Delhi 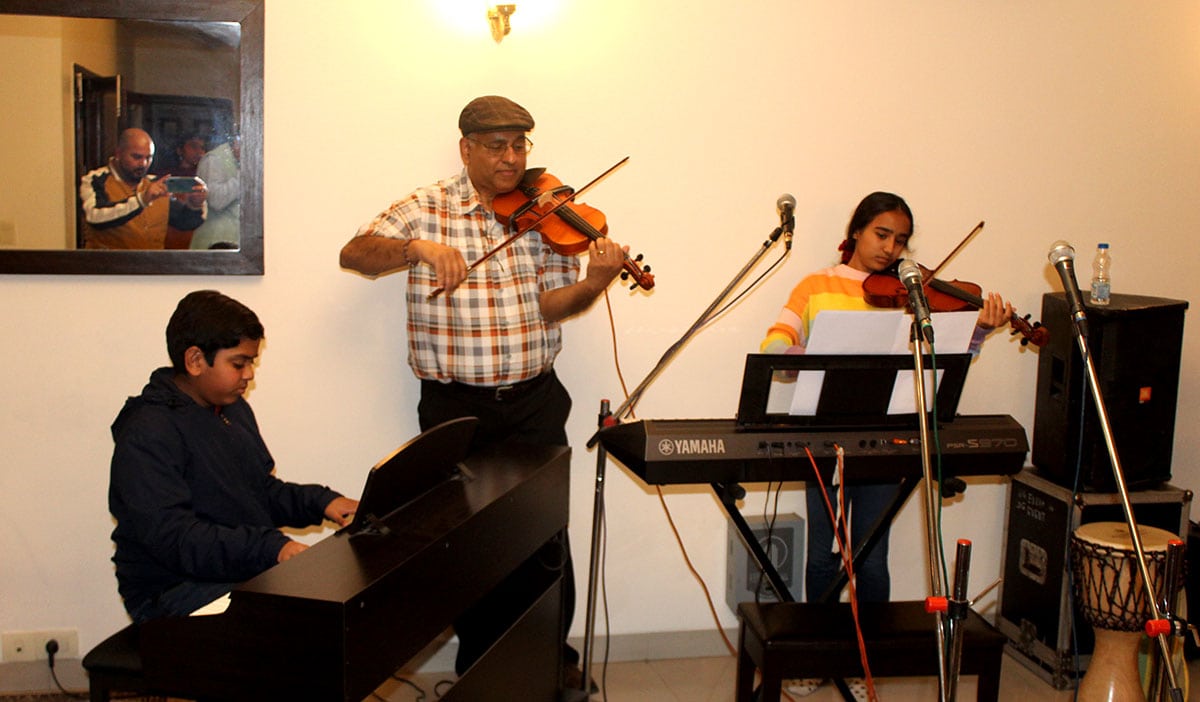 25th January 2020 was a super exciting event hosted by Lorraine Music AcademyTM in Gurgaon / Gurugram, National Capital Region of Delhi, India. The theme of the event was “Around The World In 80 Minutes”. The informal, impromptu event brought out the very best in the students. Jay Franco – our guest musician from Canada performed with so much versatility on the Electronic Keyboard & Violin.

Songs from various countries were sung and played by children aged 5-18 years. The event started with a Jewish Israeli song called “Eli Eli” sung and played by Lorraine Fiona Aloysius on the Piano and Jay Franco on the Violin. This song was dedicated to the memory of Hannah, a young freedom fighter who was executed by the Nazis for refusing to divulge information about the Jews. The poem was found in her diary. It means “My God. My God. May these things never end – the sand and the sea, the rustle of the waters and the prayer of man”.

The next item was “I’d Like To Teach The World To Sing” performed by a ground of talented young group of students. This was followed by the song “Sing” sung by Rohana. Jay Franco then led the audience into singing “Pearly Shells” – a Hawaiian song in reggae style. P.Grihitesh played a Mazurka from Poland on the piano.

Jay Franco (Violin), Katya Sood (Violin ) and Shikhar Gupta (Piano) played a beautiful tango called “Por Una Cabeza” from Argentina. Jay Franco demonstrated his improvisatory talent on the Violin. Most Western Classical Musicians need to learn and build this skill. Shikhar, a young ten year old, did a fine accompaniment on the Piano to this tango which Katya and Jay performed so expressively.

The next item on the list was the most popular and lively jig from Ireland called “The Irish Washerwoman”. It was so beautifully played that one could not resist dancing to it. Lorraine and a few children and audience danced to this jig.

Agastya Dhingra’s special performance of “Smile” touched the hearts of the audiences. He has a unique ability to capture the minds and hearts of people with his soulful singing and beautiful voice. Krishna Menon sang “Memories” – by Maroon 5 with so much energy, style and precision. He is clearly a budding star. Then came the “Argentine Tango”. Aarav Srivastava played with real style, fluency and confidence a short piece called Tango Passionis on the Piano accompanied by Jay Franco on the Violin.

The event reached a new high with the Bollywood song “Socha Hai” by Tanish on the Vocals. Tanish sang better than the original track and the band members Rehaan Dev on the Guitar, Kevin on the lead Guitar, Moksh on the Drums and Mike on the Guitar all performed like superstars.

The band played on and reached new highs. The Beatles’ “Let It Be” with Dennis on the Vocals, Rishan on the Keyboard, Moksh on the drums and Kevin on the Guitar was rendered with so much style and talent. They were the Young Beatles of Gurgaon.

Rishan on Vocals & Piano and Moksh on Drums did an encore with “Hey Jude”. The team is good enough to go professional with immediate effect. Anika, Rishan, Kshamma, Ishika and Moksha brought alive the hills of Austria by singing the yodelling song from the “Sound of Music” called “High On The Hill”.

This was followed by a beautiful rendition of “Edelweiss” by Rishan. Thereafter we had another classical piece “Spring Song” by famous composer Felix Mendelssohn. This piece was played by Jay Franco on the Violin with an upbeat accompaniment on the Keyboard. Then our versatile artists from Canada, Jay Franco, played a very famous song from Spain called “Y Viva Espana”.

Next piece was a Piano solo. Aarav Koul played Polonaise no. 125 from a famous book for children called ”Anna Magdalena”, a very difficult piece for a young boy to perform. Aarav loves Bach and plays a lot of Classical Music at this young age.

Jay Franco continued to keep the audience entertained and spellbound with the next two pieces “El Bimbo” from Mexico and the lovely romantic Vocal solo “Under Paris Skies” from France.

After that, by popular demand, we had another repeat performance of “Socha Hai” by Tanish and band. The event came to a close with the song “What A Wonderful World” sung by Aubrey Aloysius & Jay Franco. 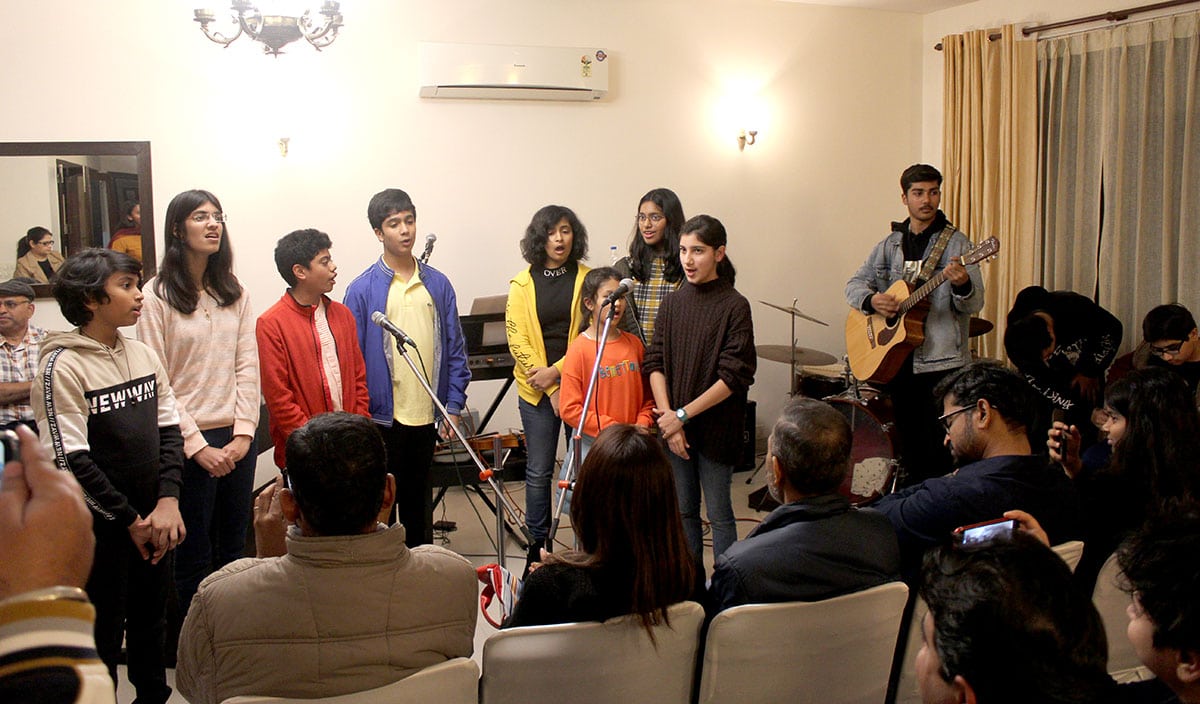 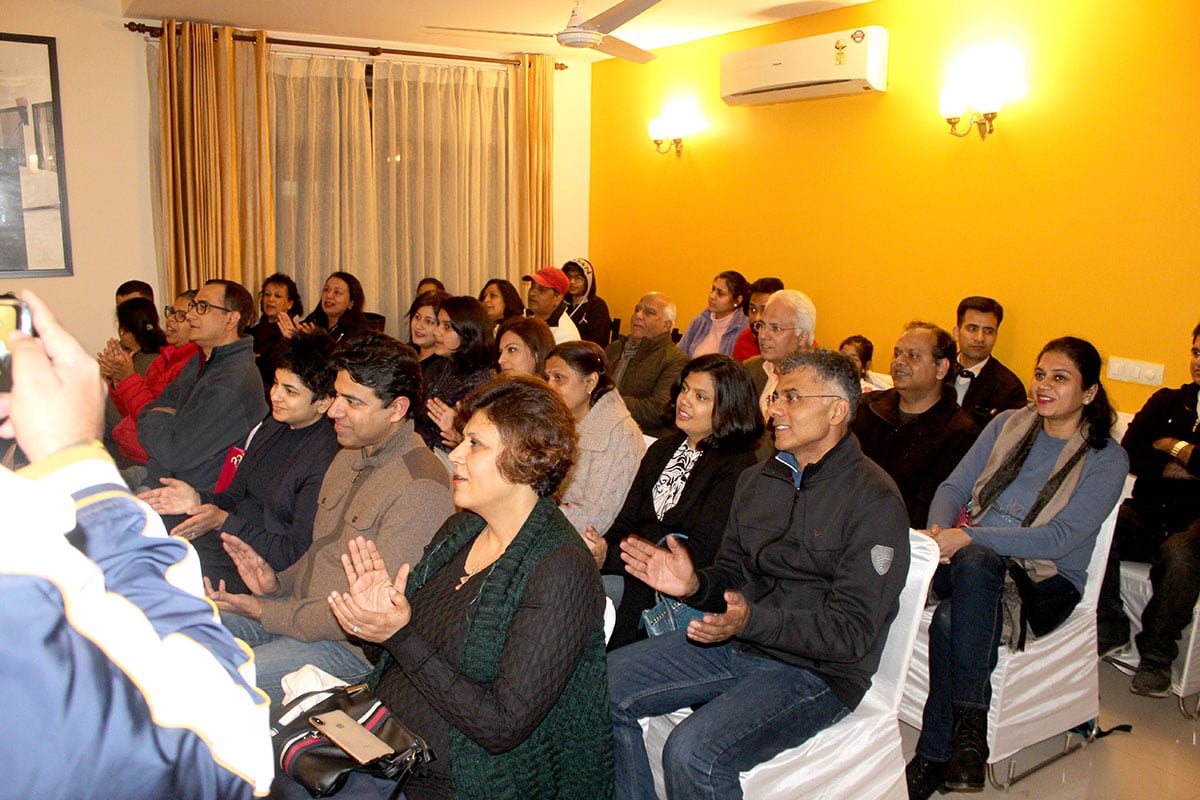 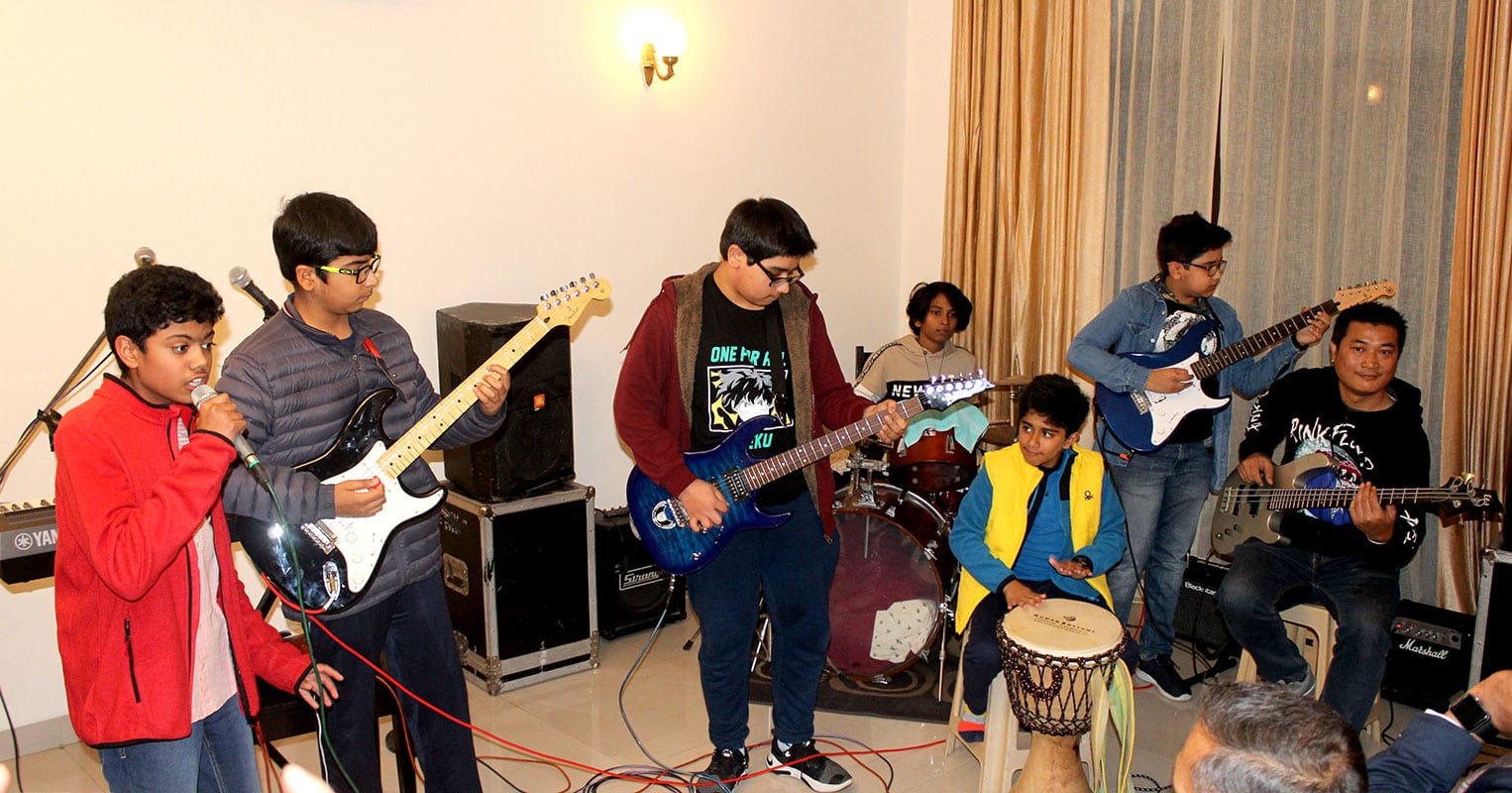