At Lorraine Music Academy, we believe that if our students can use their hands, then they can play an instrument (if they desire to). Through our Electronic Keyboard lessons, classes, education programs and courses we bring to our students musical experiences and musical memories. These memories will last for a life time. Thus, we expose our students to wide range of musical and creative opportunities to train, excel and develop great boldness. Likewise, we expose them through our training programs, workshops, recitals, concerts and public performances. Through music education we wish to provide children with social, knowledge and skill development opportunities. We also aim to promote in them a sense of self-esteem, success and pride. Hence we maintain a special learning environment designed to provide a rich and rewarding musical experience for each student.

We have different programs for students to learn the Electronic Keyboard ranging from the Beginners level to Grade-8 level. Here we have a faculty of internationally qualified musicians under the talented headship of Lorraine Fiona Aloysius. She is the Creative Director & Principal of Lorraine Music Academy. Lorraine also oversees a regular visiting faculty. They come in from across the globe including some of the top global Colleges of Music & Drama. They teach our students during various periods of the year.

BOOK your appointment NOW for your Musical Evaluation session. 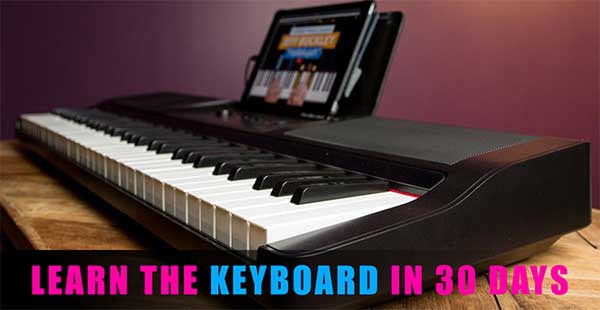 Transform yourself within 30 weeks to be a talented musician of great potential, even if you are little! Age is no bar (4 years to 84+ years). It is never too early or too late to begin. Dive right in. Enroll for this Electronic Keyboard program by fixing an appointment for a Musical Evaluation Session.

Here at Lorraine Music Academy, we assess all our students through periodic Internal Exams. This is an integral part of our Electronic Keyboard Courses. Furthermore we also prepare our students for International Exams. World renowned & globally accredited organizations conduct these exams at our Music Learning Centres. They are Trinity College London, U.K., Associated Board of the Royal Schools of Music (A.B.R.S.M.), U.K., RockSchool, U.K. and London College of Music, U.K.

As our student’s Electronic Keyboard instrumental skills progress, growth in music theory and musicianship becomes more and more important. Certainly , it is important in helping him / her to perform with sensitivity, understanding and confidence. Lorraine Music Academy aims to give all our students a thorough understanding of the building blocks of music. This is done by firstly starting with the basics of rhythm and notes. Then next going on to cover harmony and counterpoint, composition, and a broad knowledge of western music. It includes composers and their works, structure, style and period. They are also trained to prepare for scales and arpeggios, sight-reading and aural tests.

The components of modern electronic keyboards include:

Manufacturers and retailers divide their electronic keyboard products into the following categories:

When compared to stage pianos or digital pianos, digital keyboards are usually very low in cost and are much lighter. They have light weighted keys, have many ancillary controls, and usually come with on-board speakers.