You are here: Home1 / Ensemble Performance

Why you should choose Lorraine Music Academy

An ensemble in Performing Arts is a group of people playing music, singing, dancing or acting together. They could be musicians, singers, dancers or actors. In fact, it comes from the French word “Ensemble” which means playing or performing “together at the same time”.

Indeed an orchestra is an example of Ensemble playing. A band is an Ensemble too. Have you ever seen a string quartet or a quintet playing?

Playing together in an ensemble is quite gratifying for players if they are all as good as each other. It is also gratifying if they like meeting each other often to practice.

Indeed, ensemble playing and singing should happen at early stages of musical development. It teaches the individual players the value of listening to each other and also learning to harmoniously blend. Moreover, little children as young as three and four can certainly sing and play together with several little instruments. Contact us for an invite to hear our ensemble performances.

The Endellion String Quartet is one of the best quartets in the world. We had the pleasure of hosting them in India. They played quartet music by Schubert, Mahler and Haydn. Everything sounded absolutely heavenly. In addition, they also played “Happy Birthday” for Lorraine as a birthday surprise. They played it live on stage during the concert and that was supercalifragilisticexpialidocious!

In fact, even simple tunes can sound super when played by extraordinary individual players. These players are those who come together and practice not for hours but for years to produce that magical sound.

Book Your Appointment for your Musical Evaluation! 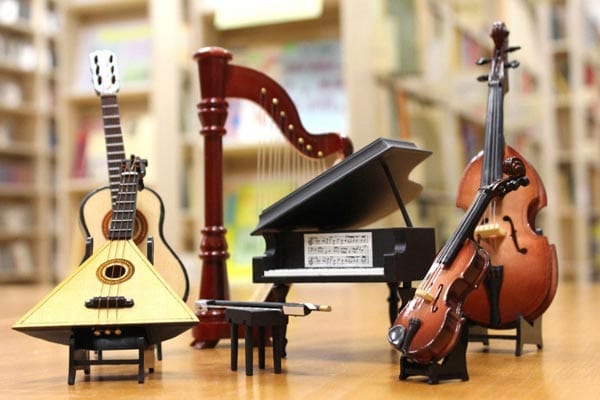 Contact us and we will surely help you. We conduct our Music lessons at our Music learning centers situated in Gurgaon / Gurugram, National Capital Region of Delhi. Now, we have our Music Learning Centres in multiple locations across Gurgaon: (a) DLF City, (b) South City. We have plans to expand and come closer to YOU. Our music lessons are held after school hours (afternoons & evenings) on weekdays including on Saturdays. We do not conduct our music lessons on Sundays which is our weekly holiday.