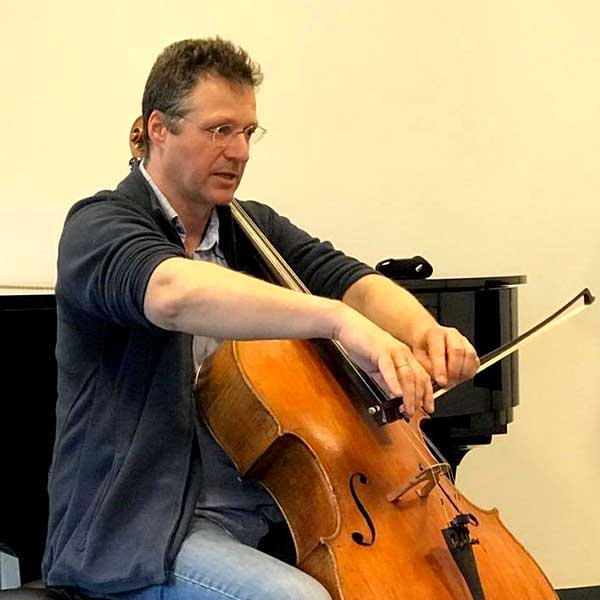 Berthold Hamburger
After starting his musical career in Munich, Berthold Hamburger has divided his activities as a cellist between performing as a soloist, chamber musician and being a cellist with the Orquesta Sinfónica de Galicia.

As a soloist and with Orphelion Ensemble, Berthold Hamburger has performed in major concert halls and festivals of Germany, Austria, Switzerland, Spain, India, Japan and South America.

Since the beginning of his career, he has dedicated a lot of time and effort to teaching students as well as coaching young musicians orchestras. His current activities include coaching the National Youth Orchestra of Spain (JONDE), the Youth Orchestra of the Orquesta Sinfónica de Galicia and individual coaching of students all over the world via online classes.

Early on, Berthold Hamburger had developed a deep desire to broaden his vision and knowledge of our world, which has led him to engage in many different activities besides being a performing cellist. He immersed himself into fields like, Sciences (Physics, Astronomy, optical design), crafts (carpentry, violin making), adventure sports and aviation.