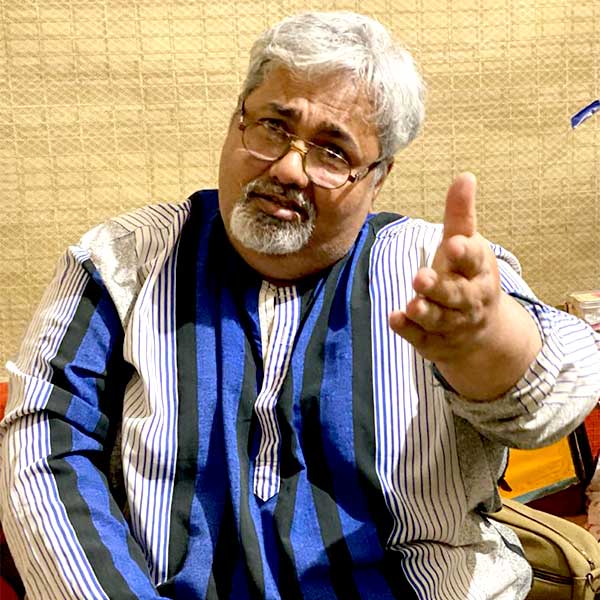 Dr. Prasanna Mhaisalkar is a versatile Hindustani Classical Vocalist based in Mumbai, India, having learnt under Ustad Z. M. Dagar, D. V. Jadhav, G. D. Agni and Pt. Anup Jalota. He has taught music at prestigious schools. He is an approved All India Radio Singer and has won a National Award to sing on National Television in 1989. He was the winner of the Lata Mangeshkar Trophy. He has performed across India and in various countries including U.S.A., U.K., Kenya, Singapore and Mauritius. He has recorded an audio album with Pt. Ravi Shankar and George Harrison. He has composed music for Bollywood Films, Television Serials and Theatre. He has worked in numerous projects with Producers and Directors including Ram Gopal Verma, Pooja Bhatt, Raju Singh, John Mathews, among many others.