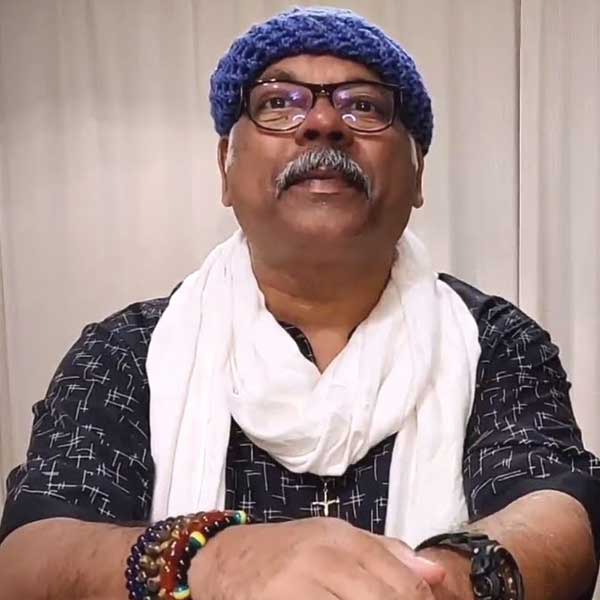 FRANCO VAZ:
I started learning music at a very young age. I was probably 7years old when I started learning my first instrument which was the violin. By the age of 15 I did my grade 8 “Higher Local” as well as Theory through the “Trinity College of Music London” and passed with Honors. My violin teacher was Professor Michael Martins.

I also fooled around with the Piano a bit, since we had a piano at home. But from my early childhood I silently observed my dad, the late Francis Vaz, who was a great drummer in the music industry, and it is from him that I learnt to play the basics of percussion, bongos and drums. To make further progress and improve in my drumming, I was very fortunate to learn under India’s greatest drummer of that time Mr. Leslie Godinho.

While I was studying in college, I joined the music industry as a violinist and played violin for C. Ram Chandra, Laxmikant Pyarelal, Shankar Jaikishan, O. P. Nayyar, Salil Chowdhari, Enoch Daniel, Sudhir Phadke, Ram Kadam, Gaurang Vyas, Kalyanji Anandji and most of the renowned music directors of that time. Simultaneously, I also played drums for C. Ram Chandra, (the greatest music director of that time who introduced jazz influences into Bollywood music .. e.g. “Ena mina dika”) for all his concerts in Mumbai and all over the country.

It was in 1975, two years after I joined the industry, that I was called to play drums for R.D Burman. That was the best thing that ever happened for me in my career. From then on I worked with him permanently and played every song of RD till around 1992. During that period I also worked with other great music directors like Kalyanji Anandji, Uttam Singh, Kersi Lord, Vanraj Bhatia, Anand Milind, Louis Banks, Vaidyanathan, Anu Malik, Ram Laximan and many others. I was also very fortunate to have a close association with Illiyaraja and worked extensively with the great maestro of music, for many years. There were other great music directors I worked with and the list could go on and on.

As the Bollywood work was happening, I also had the pleasure of working under Coomi Wadia who was the conductor of the Paranjoti choir, where I played Pedal Tympanies and Percussion (Western Classical Music).

From then on, my journey has been a mix of programming electronic tracks as well as playing live drums for Movies, Albums & Concerts with newer music directors like Surender Sodhi, Daniel B George, Shantanu Moitra, Amit Trivedi etc.

Now…Looking back, I realize I had a great time when I started 48 years ago and I’m having a wonderful time now playing music with the young, vibrant and talented musicians of this country. God has been really good to me. What more can I ask for.

Having done all that, I now want to share my experience and knowledge with students and budding musicians who are starting off on their musical journey and teach them how to appreciate world music as well as our own Bollywood music. So, in 2014, I founded “Trakadoom Institute of Drums and Percussion” where I teach.

The year, 2018, had been really special, as I was given the opportunity to act in the movie “ANDHADHUN” which was a big hit at the box office, where I act as the owner of a night club “FRANCO’s” and also got to play drum beats to the song “Laila Laila”…

The year 2020 changed everything, the new normal was introduced which made me think differently. So now all my engagements are on line. I also teach drums and percussion on line. It was a learning process which I am now comfortable with. And the only way forward for now. I’m enjoying the process anyway. Ha!! Ha!!

Join Lorraine & Aubrey Aloysius as they chat with Bollywood’s iconic drummer FRANCO VAZ from the legend R.D. BURMAN team, along with our own PRADEEP UDHAS while they share his inspiring music and amazing life journey on this unique Unplugged Music & Talk Show on Sunday 30-May-2021 @ 5:00 PM IST.