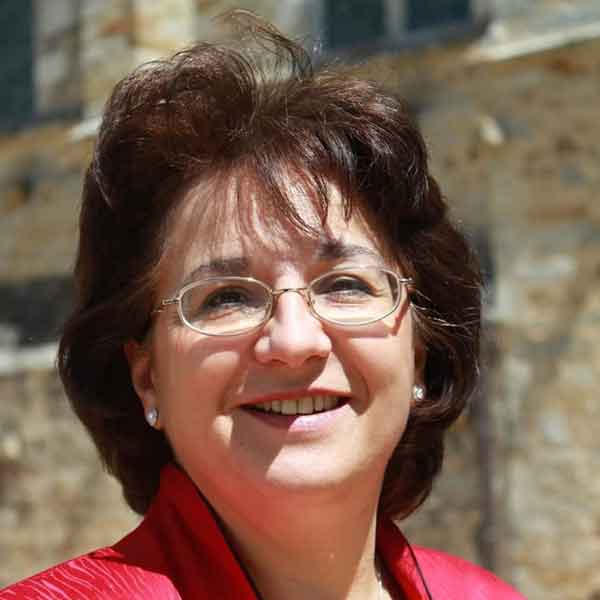 One of the most sought after Hungarian choirmasters, Gabriella Boda-Rechner has established herself as one of the leading Kodaly Method specialists on the international scene. Her teaching masterclasses and choir workshops in various countries attract thousands of participants.

After graduating from the Debrecen University of Music, Hungary, in the class of Prof. Zsolt Szesztay, Gabriella Boda-Rechner moved to Morocco in 1979 where she lived for almost 20 years. During this period, she founded the Chanterie de Rabat, the first ever children’s choir in the country as well as the Vox Humana Choir and trained most of the elementary and middle school music teachers of the country.

In 1999, the Government of France bestowed on her the prestigious award of Chevalier des Arts et Lettres (Knight of the Order of Arts and Letters) in recognition of her contribution to spreading French musical culture in Morocco.

In 1998, upon moving to Paris, she was appointed as assistant director of the Paris Opera Children’s Choir as a result of which she collaborated with the leading orchestral conductors of the international scene. She works then closely with the Mouvement A Cœur Joie, an international choir organization, holding workshops for adults and children singers.

In 2002, Gabriella Boda-Rechner moved to Beijing, China where she was a visiting professor at the China Music Conservatory and the Shao Nian Gong School. She performed in venues such as the Forbidden City Concert Hall, the Beijing Concert Hall and others. During her 4-year stay in China, she led workshops for choir conductors in different cities of China, collaborating with Ms Wu Ling Fen; Mr. Yang Hong Nian, among many others. The China Music Conservatory conferred her the title of Honorary Professor.

In 2006, she moved to New Delhi, India where she worked with the Neemrana Music Foundation for different opera as Carmen. She was also the chief conductor of the Mozart Children Choir and the Delhi Chamber Choir.

Since 2010, she is the artistic director of the Sartre Vocal Academy based in Le Mans, France (80 singers). She leads her choir in oratorios and chamber concerts as well as training music teacher and future choirmasters. Since 2015, she became artistic director of the Pléiade Choir, near Versailles.
In 2018-2019 she conducted, with orchestra or piano, Saint-Saens Requiem, Brahms German Requiem, and prepares Mozart Mess in C minor, and many Children repertoire concerts. In 2019 she went to India and China for masterclasses and concerts with Qingdao (Shandong) children’s choir and CCM’s Jubilee.

Since 2020, she teaches in many schools in her city, Suresnes, near Paris, and in the city Conservatory, using Kodaly method.

She also directs a musical program for underprivileged children from suburban Paris and leads there the Maîtrise of Trappe-en-Yvelines, who participated to projects with famous conductors in Versailles, Boulogne and Paris (for instance in the French Parliament).

Every year she conducts choral training sessions for amateur singers, with a great success. For the Lisztomanias International Association, she conducts choirs on cruse, on the Danube and on the Rhin rivers.

The Government of Hungary honored her with the prestigious Pro Cultura Hungarica award in recognition of her devotion, energy, enthusiasm and knowledge put in the service of Hungarian music, and, in 2019, the “Golden cross of Hungarian nation”.

The Governement of France honored her with the “Arts et Lettres” award in recognition for conducting and teaching French repertoire to all public, from children to adults.

Born in Budapest, Gabriella Boda-Rechner she currently resides near Paris with her husband. Her children, Marouan and Yanis, are both professional musicians.

On the eve of International Women’s Day, join Lorraine Aloysius & Aubrey Aloysius as they chat with Choir Conductor, GABRIELLA BODA from Paris, France while she shares her inspiring music and amazing life journey on this unique Live Talk Show on Sunday 7-March-2021 @ 5:00 PM IST / @ 12:30 PM CET.