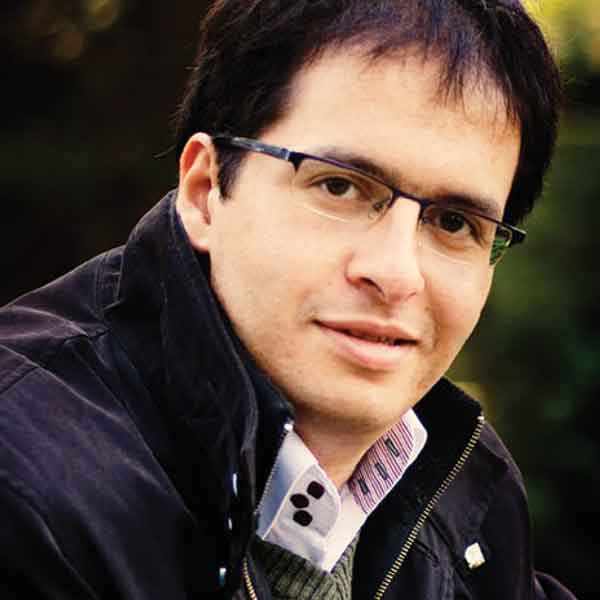 Acclaimed pianist Marouan Benabdallah is indisputably the leading representative of his native Morocco on the international concert stage, having recently performed on stages such as Carnegie Hall’s Zankel Hall, the Kennedy Center, the Teatro Colón in Buenos Aires, the Amsterdam Concertgebouw, the Berlin Konzerthaus with the Budapest Festival Orchestra and Iván Fischer and the Castleton Symphony orchestra under the baton of Lorin Maazel. With a musical heritage deeply rooted in the Hungarian tradition, Mr. Benabdallah received his formal training at the Béla Bartók Conservatory and the Franz Liszt Academy in Budapest, and in 2008, was presented with the Medal of the Hungarian Parliament for his achievement in music – an honor he shares with such artists as Placido Domingo.

After being awarded the First Prize at nearly every major competition in his native Morocco by age 13, Mr. Benabdallah first attracted international attention in 2003, following his triumphs at the Hungarian Radio Piano Competition, the Andorra Grand Prize, and shortly after, the Naples International Piano Competition. His successes quickly lead to performances in Germany, Austria, China, Spain, the United States, the United Kingdom, France and Italy, among others. Marouan Benabdallah was a prizewinner at the Arthur Rubinstein Master Competition in Tel-Aviv, Israel, where the local media proclaimed his playing “miraculous” (Maariv).

Marouan Benabdallah’s recent performance highlights include the Gstaad Music Festival; appearance with the Philharmonic Orchestra of the Teatro Comunale of Bologna in Italy; a debut at the legendary Teatro Colón with the Buenos Aires Philharmonic, a debut recital at the Aspen Music Festival and a performance of Prokofiev Piano Concerto No. 3 with the Castleton Festival Orchestra on the season’s finale concert under the direction of Lorin Maazel. The Washington Times later wrote of Benabdallah’s collaboration with Maazel: “Mr. Benabdallah performed the work with great vigor and precision, displaying professionalism, assurance, and poise while still bringing out the flashiness that’s a hallmark of this driving concerto.”

Notably, in 2011 Marouan Benabdallah gave his debut at Carnegie Hall’s Zankel Hall, prompting the New York Times to praise his “resourceful pianism, lyrical instincts and thoughtfulness.” The attending Anthony Tommasini went on to write: “[Marouan Benabdallah] played with rich colorings and flair, and brought tenderness to the lyrical musings and vigor to the bursts of chords and dizzying passagework. How he managed to memorize music that seems such a succession of arbitrary ideas is beyond me.” Shortly after, Benabdallah took the stage at the Kennedy Center for his debut at the famed hall as part of the Hayes Series, presented by Washington Performing Arts. Reporting on the performance, the Washington Post commended the young pianist for his “keyboard agility, even touch and ability to highlight a single voice in the midst of a complicated texture”, as well as his “rhythmic energy and a compelling sense of momentum.”

Most recently, he has performed at prestigious venues such as Queen Elizabeth Hall in Antwerpen, the Amsterdam Concertgebouw, the Teatro Nuovo in Udine, the Palace of Arts in Budapest and the Berlin Konzerthaus.

Although still on the onset of his career, Marouan Benabdallah has been acclaimed for his “cultivated sense of architecture and harmonic implication” (Cleveland Plain Dealer), “stunning interpretation [Liszt]” (Le Journal Saôneet-Loire), “sheer ease and mastery of the piano” (Metrolife), “skillful control” (Daily Times) and a “stunning virtuosity…devoid of smoke and mirrors” (The Nice-Matin). However, his acclaim is not limited to the press. He has been described by legendary pianist Ferenc Rados, who served as a mentor to the young artist, as a “remarkable musician,” while famed pianist Dominique Merlet commended his “spontaneity” and “natural playing.” With an ever-growing reputation, Mr. Benabdallah has been presented before such
luminaries as Daniel Barenboim, Zubin Mehta and Sir Antonio Pappano, has been invited to perform for former First Lady Laura Bush, and is enjoying an exponentially growing schedule.

Possessing a deep musical interest that exceeds the confines of his instrument, Mr. Benabdallah also trained as a conductor during his studies at the Bela Bartok Conservatory, where he was a student of Gabor Eckhardt. In 2007, he received his diploma from the Franz Liszt Academy under the guidance of Sandor Falvai and Kalman Drafi after a triumphant performance of Rachmaninoff ’s Third piano concerto.

In 2014, he initiated the Arabæsque Music Project researching and presenting classical composers from the Arab world. With the support of the Academy of the Kingdom of Morocco, several recitals, series and mini-festival are being organized in different countries in Europe, Africa, Asia and America.