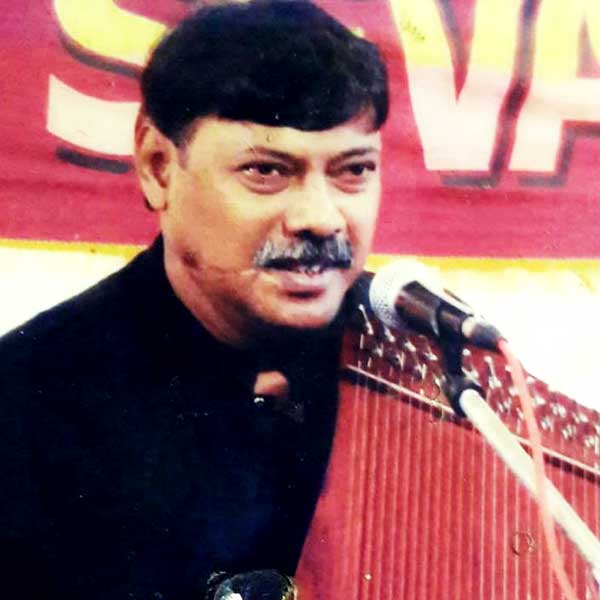 Pandit Paresh Jana is a renowned Hindustani Classical Vocalist, expert Voice Trainer & Guru originally hailing from Kolkata now based in Mumbai. He is a veritable performer and trendsetter, demonstrating an amazing mastery over diverse forms of classical, light-classical, and modern vocal music, having done intensive research on voice culture.

He showed extraordinary promise in vocal music and at the tender age of 7, began taking lessons from his father Shri Late HARENDRA NATH JANA, who was a distinguished vocalist of West Bengal. He then trained with PANDIT DINONATH MISHRA (Patiala Gharana). His training took a decisive turn as he became a disciple of USTAD NISAR HUSSAIN KHAN SAHEB (Rampur Gharana) at ITC Sangeet Research Academy, Kolkata and then trained further with PROF. SAMRESH CHAUDDRY (Shreni Gharana). He deftly handles gaykee (style of singing) in Patiala, Rampur, Kirana, Gwalior gharanas.

His imagination and sensitivity to lyrics, coupled with his uncanny sense of rhythm and maturity at vocal renditions, has made him the authentic and leading representative of the famous Patiala gaikee.

He has travelled and performed at prestigious auditoria and events across India. He has been interviewed and featured in various media publications, newspapers and Television Channels.