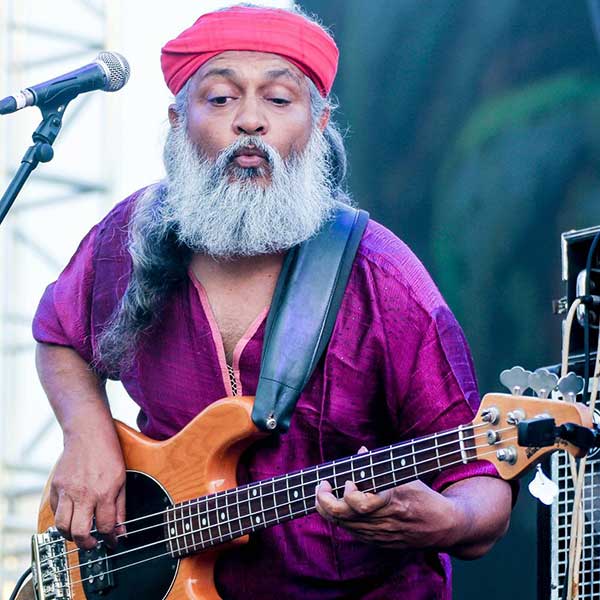 Rahul Ram never thought he was going to become a musician. He studied chemistry in college and obtained a PhD in environmental toxicology, and seemed well on the way to becoming a professional scientist, but fate intervened and he joined the Narmada Bachao Andolan in his late twenties. Goodbye professional scientist. He started playing the guitar in school and was a semi-professional musician during his college years. A trip to Garhwal visiting the Chipko Andolan during his school years made him passionately interested in environmental issues. All of this somehow led to Rahul becoming a full-time musician somewhere in his early 30s and he has been playing with the band Indian Ocean for over 27 years now. As part of Indian Ocean, Rahul has performed over a 1000 concerts across five continents, and released seven albums, in addition to composing music for several documentaries and Bollywood films.

Join Lorraine Aloysius & Aubrey Aloysius as they chat with RAHUL RAM, Member of India’s legendary band INDIAN OCEAN, while he shares his inspiring music and amazing life journey across the globe on this unique Music & Talk Show on Sunday 11-July-2021 @ 5:00 PM IST